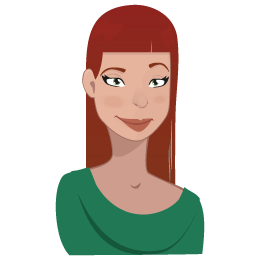 Following a vegan diet doesn't mean you can't enjoy eating out. If you're a fan of Indian food you'll be pleased to know there are a number of popular Indian dishes that are suitable for vegans. Indian cuisine is known for its abundance of pulses and vegetables and oil has largely replaced ghee for sautéing and deep-frying. Here are five vegan dishes you can order from a typical Indian restaurant.

This dish is ideal and a starter or light lunch and consists of fresh vegetables dipped in a spicy batter before being fried. The batter is made with gram flour, water and cumin and often contains fresh coriander. Popular vegetables for pakora include potatoes, cauliflower, courgettes, onions, okra, and mushrooms. Dip the pakora into tangy, slightly sweet mango chutney and enjoy with a cup of black tea.

Dal is an Indian staple that's served as a main dish or as an accompaniment to rice dishes. It's simply a lentil dish that's cooked with cumin, chillies, garlic, and turmeric. The type of lentils used varies by region and recipe, but yellow pigeon peas, split mung beans and red lentils are commonly used. Methi, better known as fenugreek leaves, has a slightly bitter flavour that's similar to spinach. This dish can be enjoyed with rice or roti, a vegan-friendly flatbread.

Aloo gobi is a delicious and hearty potato and cauliflower curry that's served with rice. The sauce consists of onions, ginger, garlic, tomatoes, and garam masala, which is blend of spices including cardamom, cloves, cumin, and coriander seed. The dish is served with a garnish of chopped coriander and is particularly good with jeera (cumin) rice.

This is a chickpea and tomato dish seasoned with chillies, garam masala and ginger. It sometimes contains creamed coconut or coconut milk, creating a thicker sauce that's ideal for dipping pieces of flatbread into. Chana masala can also be enjoyed with steamed rice and a selection of pickled vegetables.

Dosas are South Indian pancakes made with batter consisting of ground rice, black lentils and water. The batter is allowed to ferment overnight and the pancakes, which are similar to crepes, are served folded over with the filling in the middle. Aloo masala is a dry curried potato dish consisting of cubes of potato that have been fried in spices such as mustard seed, asafoetida and turmeric. It's sprinkled with lemon juice and coriander leaves just before being spooned onto the dosas.

These are just a few examples of the vegan-friendly dishes on offer at most Indian restaurants. If you'd like some more suggestions or are unsure of what's in a particular dish, just ask your server at restaurants like Royal India Restaurant.